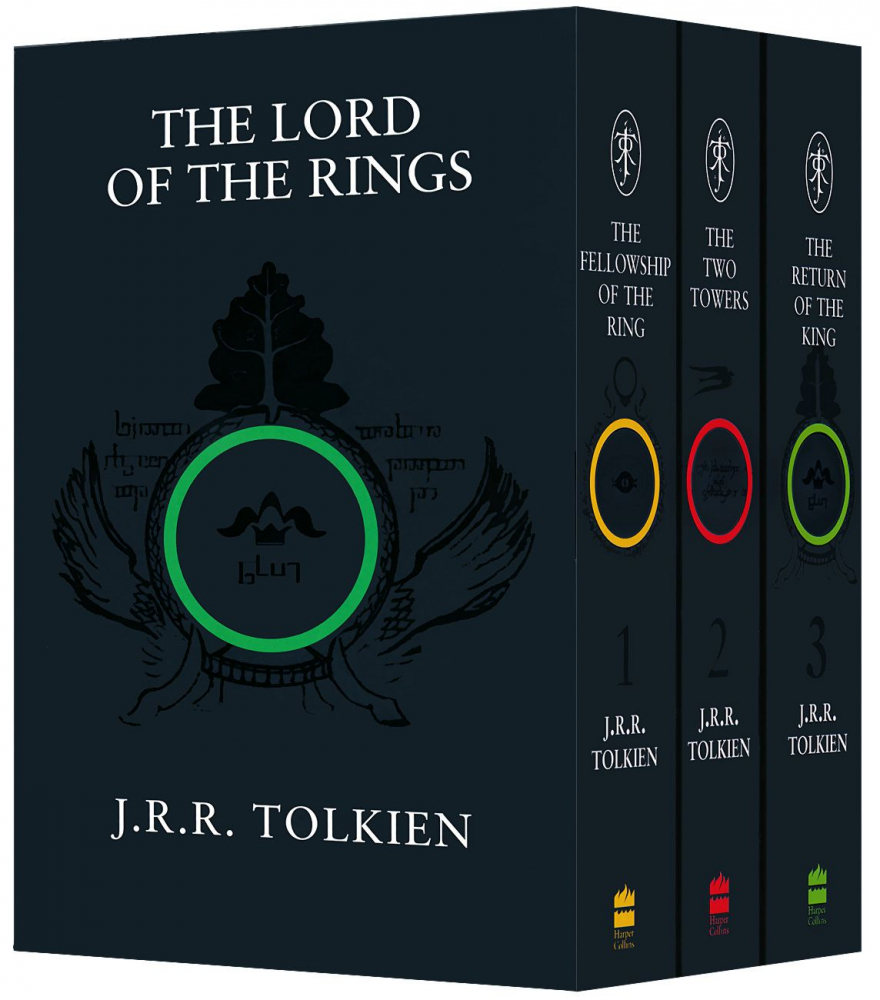 This three-volume work consists of The Fellowship of the Ring, The Two Towers and The Return of the King.

The author:
John Ronald Reuel Tolkien was born on the 3rd January, 1892 at Bloemfontein in the Orange Free State, but at the age of four he and his brother were taken back to England by their mother. After his father's death the family moved to Sarehole, on the south-eastern edge of Birmingham. Tolkien spent a happy childhood in the countryside and his sensibility to the rural landscape can clearly be seen in his writing and his pictures.